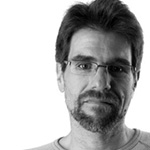 Adam Kubert began his career at DC comics illustrating the first highly successful BATMAN VERSUS PREDATOR and ADAM STRANGE series. Andy went on to Marvel Comics’ popular X-Men title, which was consistently a sales juggernaut and remained their top-selling comic during his six-year run.

At Marvel he also illustrated such titles as Ghost Rider, Captain America, Ka-Zar, Thor, Ultimate X-Men, Wolverine: Origin and the Marvel 1602 miniseries in which he collaborated with New York Times best-selling author Neil Gaiman and which earned a 2005 Quill Award for Best Graphic Novel.

For DC Comics, Andy has illustrated the best-selling BATMAN AND SON with Grant Morrison, BATMAN #700, FLASHPOINT with writer Geoff Johns and BATMAN: WHATEVER HAPPENED TO THE CAPED CRUSADER again with author Neil Gaiman. His work has also appeared in other titles including DC LEGACIES, ACTION COMICS and BEFORE WATCHMEN: NITE OWL. He has written the Joker Villain's One-Shot (Batman #23.1) due out this September and is currently writing and illustrating the series DAMIAN: SON OF BATMAN due out this October. Andy is also an instructor at the Kubert School in Dover, New Jersey.[1]

Retrieved from "https://reedpop.fandom.com/wiki/Andy_Kubert?oldid=4494"
Community content is available under CC-BY-SA unless otherwise noted.