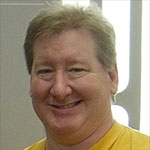 Dave Dorman has worked on Star Wars, Indiana Jones, Aliens Predator, GI Joe, Batman, Captain America and a slew of other characters over the years. He has the greatest job in the world ( that's painting for those not "in the know") and would not trade it for anything. Upcoming projects include covers for "The Other Dead', Work in HEAVY METAL Magazine and his own project "The Wasted Lands" featuring RAIL and the "Iguana Adventures".[1]

Retrieved from "https://reedpop.fandom.com/wiki/Dave_Dorman?oldid=4606"
Community content is available under CC-BY-SA unless otherwise noted.