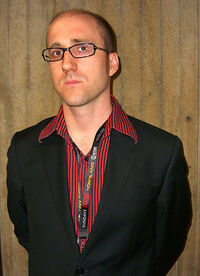 Kieron Gillen is a British computer games and music journalist, as well as a comic book author. Gillen has worked for many years as a video game journalist and has, more recently, worked on various comics. He is known for his creator-owned comic Phonogram, created with artist Jamie McKelvie, published by Image Comics. Gillen recently has written numerous projects for Marvel Comics.

Retrieved from "https://reedpop.fandom.com/wiki/Kieron_Gillen?oldid=4475"
Community content is available under CC-BY-SA unless otherwise noted.