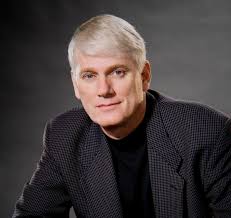 Mike Richardson is a writer, film producer and the founder of Dark Horse Comics, a comic book publication company based in Milwaukie, Oregon. Richardson is the current president of Dark Horse Comics, a comics publishing company he founded in 1986. Richardson is also the president of Dark Horse Entertainment, a subsidiary company which has developed and produced numerous projects for film and television based on Dark Horse properties or licensed properties. In addition, he owns the retail chain "Things From Another World", and has written numerous graphic novels and comics series, including The Secret, Living with the Dead, and Cut as well as co-authoring two non-fiction books: Comics Between the Panels and Blast Off![1]

Retrieved from "https://reedpop.fandom.com/wiki/Mike_Richardson?oldid=4680"
Community content is available under CC-BY-SA unless otherwise noted.