Start a Wiki
C2E2 is... The Chicago Comic & Entertainment Expo - also known as C2E2 - is a convention spanning the latest and greatest from the worlds of comics, movies, television, toys, anime, manga and video games. Bringing the best of popular culture to Downtown Chicago, C2E2’s show floor is packed with hundreds of exhibitors, panels and autograph sessions giving fans a chance to interact with their favorite creators and screening rooms featuring sneak peeks at films and television shows months before they hit either the big or small screen!
C2E2 2014 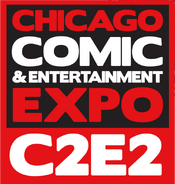 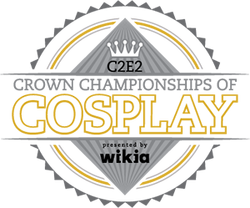 Presented by Wikia, the C2E2 Crown Championships of Cosplay makes its debut this April in Chicago as the biggest and most prestigious costume contest in the United States. Veterans of the cosplay circuit and amateurs alike will battle it out for a shot at seizing the Crown and over $10,000 in cash and prizes.
For the first time ever, C2E2 will invite cosplayers from across the country to travel to the Windy City to be critiqued by celebrity judges Yaya Han, Ashley Eckstein, Nan Cibula-Jenkins and Austin Scarlett, all whom have prestigious backgrounds in pop culture and costume design.
Fans will witness the spectacle and pageantry of a fun-filled competition celebrating the best cosplayers from around the country on Saturday, April 26 on the Main Stage! The C2E2 Crown Championships of Cosplay will also be streamed live to a global audience on the C2E2 website.

Retrieved from "https://reedpop.fandom.com/wiki/Portal:C2E2_2014?oldid=4911"
Community content is available under CC-BY-SA unless otherwise noted.